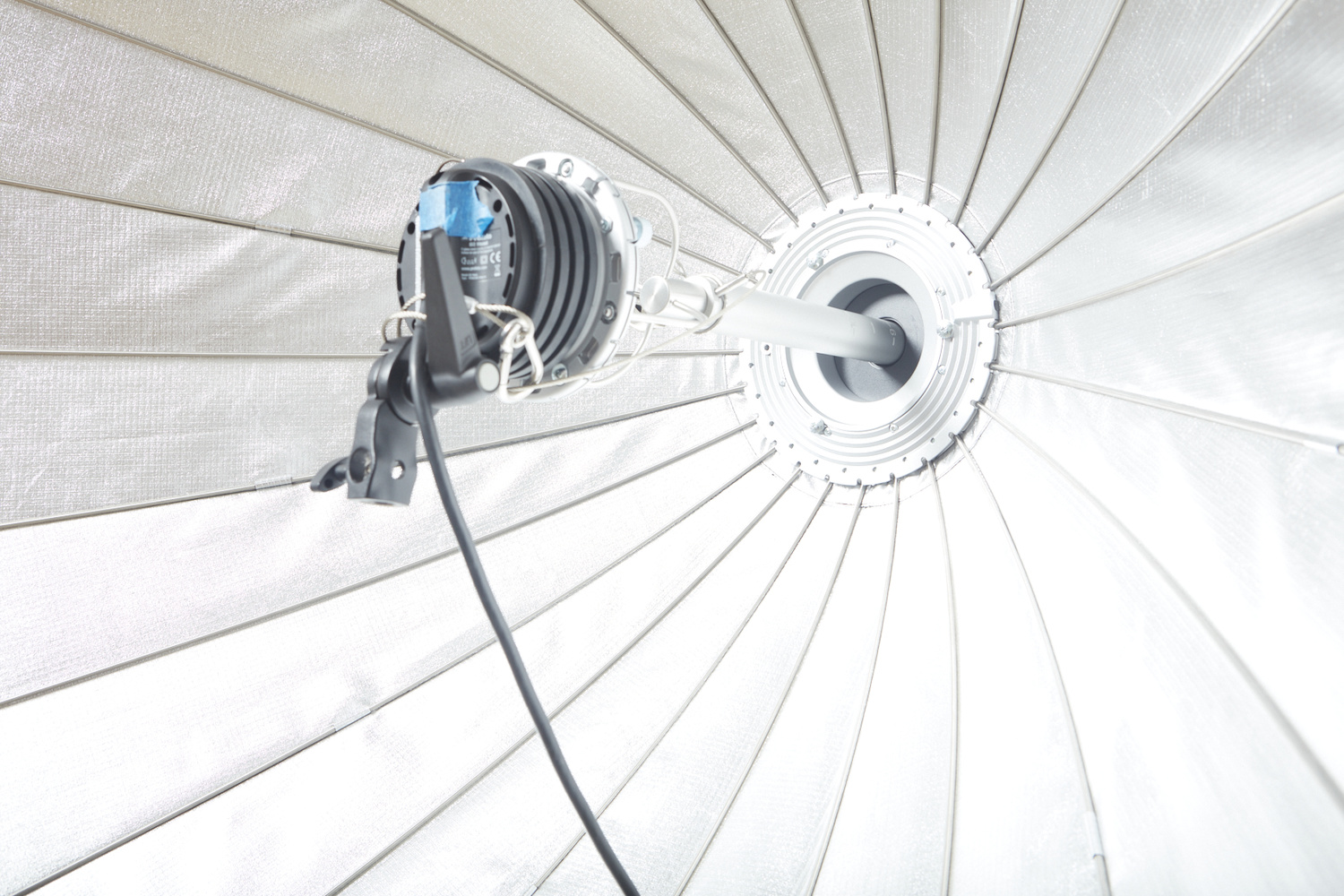 Parabolic light modifiers are some of the most versatile on the market. Coincidentally, they are also some of the most expensive ones out there. Loved for versatility, hated for the price, and very few photographers actually own them. Godox set out to create an affordable but also a truly parabolic softbox. So, how did they do? Spoiler alert: much better than I expected.

I am no stranger to truly parabolic modifiers. Having used the Broncolor ones, I fell in love with them. It’s a shame you can’t get a true parabolic modifier for a good price. Broncolor will cost you north of several thousands of dollars. To actually use it, you will also have to invest in a proper flash system compatible with it. At the same time, when I have the budget and ability to rent a Para, I always do. Until recently, I didn’t even think about having a Para, not until Godox released their Parabolic Light Focusing system.

You may have noticed that I prefer working with high-end equipment such as Profoto and Broncolor. In that way, I have been spoiled by the best in the market. So you’d expect the Godox to lag in quality? Well, as far as that goes, the modifier is really well made. The rods feel sturdy, the fabric thick, and the overall construction is solid. I will be honest, when I shoot, softboxes fly all over the studio. That applies to Para as well. I may or may not have thrown it a few times (I have). I really can’t say anything bad about the construction of the Para. It is easy to build. Just make sure you don’t forget the two metal rods you need to build the softbox. The rod-locking mechanism has nice action, although as with all paras, the modifier can be extremely heavy on one side. It would probably be a good idea to use a very study stand, such as a junior stand. It is also perhaps better to use it with a pack and head lighting system, as opposed to a monoblock. Still, even if you put something as heavy as a Profoto B1X and use enough weights on the stand, it holds just fine, even on a boom. Just don’t forget to use a stand that’s probably too heavy-duty. Better take too much care than too little. A rule I use is: “if I can stand under it and not shake, it is safe.” A wobble test is also not a bad idea. But again, I can’t say anything bad about the build quality. It’s been through tough commercial and test shoots alike, and it’s survived.

There are a few notable features that set the Godox Parabolic modifiers apart. The main one is the ability to focus the light by moving it forward and backward. If you own a flat front light, the para will still work more or less the same, but it is much advised to use it with a light with an exposed flash tube.

Unfortunately, I don’t own any of those, so I use mine with a flat front, and it works well. I can somewhat tell the difference, but it is nothing massive, so I don’t worry. I know I will be ripped apart in the comments by anyone who has seen the Karl Taylor video. For the record: yes, parabolic light modifiers are best used with a light that has an exposed rather than a recessed flash tube.

For the purpose of the review, I tested them with a ProHead, which has an exposed flash tube and obeys all the rules of using true parabolic light modifiers.

As you can see, the Parabolic performs as expected, with the light becoming more focused as I move the rod in, and becoming more spread out as I move the rod out. Unfortunately, in the outermost position, I don’t see the characteristic ringflash effect of the Para, which is a letdown for me. Both Para 128 and 88 have performed really well, meaning they are true parabolic modifiers.

Alongside your Para, you can also pair it with accessories such as grids and diffusers. The grid will decrease the light spread, while the diffusers will even out the light pattern. Remember, they won’t make the light softer.

The grid is mounted fairly easily on each of the rods. However, I actually have a problem with it. It just takes too long to put on each of the few dozen rods in the little holes. What would work much better is a grid that just stretches to fit the modifier or goes on using Velcro. That would make the process a lot faster and more seamless.

Another problem with using a grid is that they will cast a grid-like pattern on the subject. It is recommended to use grids in a more zoomed-out position or together with a diffuser.

The diffuser comes in two thickness variants: D1 and D2. D1 is a 0.5-stop diffuser, while D2 will have an approximately 1-stop effect. The problem with mounting diffusers is that it is very hard, nearly impossible, to find the hole to put the rod in. They could take a page from Briese’s book and use little plastic or metal rings on the diffuser to ease mounting.

The carrying case is magnificent. It has everything a carrying case needs: wheels, handles, straps, and dividers. Godox really did a good job with it, and I will be honest: I have used the case to transport things other than the Para. I would even recommend buying the case itself, to be frank.

Here are some of the images I took using Para 88 and Para 128. I think it is a great modifier.

Overall, Godox has created something they are not commonly known for in professional circles: a high-end modifier that, for me, makes the Broncolor unnecessary. I would be expecting to see big rental houses adding these to their offerings. Given that they are priced some $5,000 below the competition, this makes perfect sense to purchase as well. The parabolic modifiers come in four sizes: 68, 88, 128, and 158. I tested the 88 and 128 and found that the 88 is a great key light, while the 128 works well as a fill. The only negative comment I would have is that the material inside could be a lot more reflective to make it more characteristic of para and give the light more specularity. As it is now, the reflective material diffuses too much, at least for me. But, as far as everything else, the Godox Parabolic light focusing system has won me over from Broncolor. Well done, Godox!