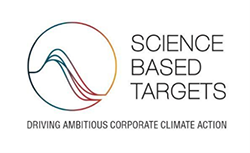 The press releases on this website are provided for historical reference purposes only.
Please note that certain information may have changed since the date of release.

World first for a major company in the consumer durables, household and personal products sector

Under the “Road to Zero” set in 2010, a long-term environmental plan that the entire Sony Group aims to achieve a zero environmental footprint by the year 2050, Sony is promoting activities in each of the four perspectives of climate change, resources, chemical substances, and biodiversity. As climate change risks become more apparent and serious worldwide, and the transition to a decarbonized society has become more important issue, this May, Sony announced the acceleration of the target year for achieving the goal in the climate change area. Specifically, we are accelerating the net-zero targets throughout the entire value chain, including Scopes 1 to 3 from 2050 to 2040, and we are also planning to achieve net-zero in Scopes 1 and 2 by 2030. Additionally, our plan, announced this May, includes the goal of achieving 100% renewable electricity used at its own sites by 2030.

We recognize this approval by SBTi confirms that Sony’s net-zero targets meet the criteria established by SBTi and is based on scientific evidence. For example, the net-zero targets approved by the SBTi require a reduction in emissions throughout the value chain, i.e., Scope 1, 2, and 3 in total, by 90% at a rate compliant with emission pathways that limit global temperature rise to 1.5Â°C, and the reduction of the remaining 10% or less of emissions to zero through carbon removal.

“In line with Sony’s Purpose, to ‘fill the world with emotion, through the power of creativity and technology,’ we are developing a diverse range of businesses centered on people. Based on the recognition that a healthy global environment and social sustainability are essential for people to connect through emotion, we continue to implement various initiatives from a long-term perspective. We consider that the SBTi’s net-zero targets approval affirms that Sony’s ambitious goal-setting in the area of climate change is science based and will lead to the encouragement of our efforts. Sony will continue to promote activities contributing to the realization of a sustainable and better society and global environment.”

Message from Luiz Amaral, Chief Executive Officer of the Science Based Targets initiative

“Climate science tells us that we need rapid and deep emissions cuts if we are to achieve global net-zero. Today, Sony Group Corporation joins the growing list of companies cutting emissions across its entire value chain in line with science and it is playing its part in limiting warming to 1.5Â°C.”