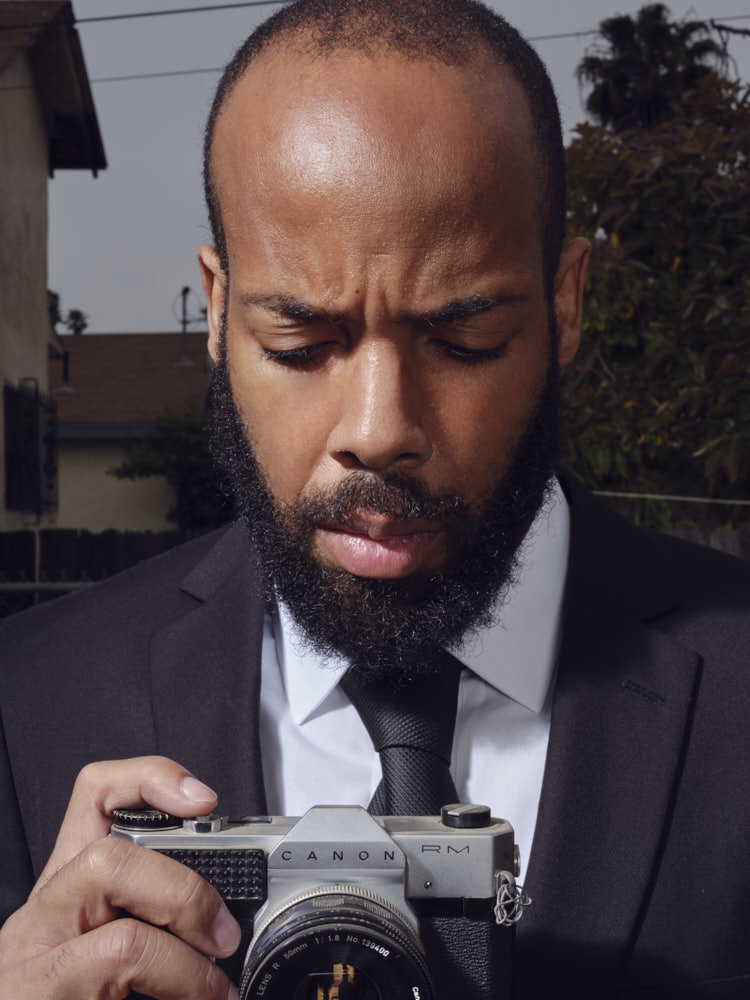 Today, hopefully, you’ll allow me a brief break from discussing tech and technique to revel in a bit of the pure joy that is the process of photography.

Last night, I went to the movies to see “Fatal Attraction.” Yes, you are reading this in the year 2022 (or sometime on the future Internet). No, you have not traveled back in time to 1987 to a time of big hair and even bigger shoulder pads. Instead, I found myself sitting in a small neighborhood movie theater, with the bottoms of my shoes partially laminated to the floor by decades of spilled and partially cleaned popcorn butter, to watch director Adrian Lyne’s opus to infidelity because I love movies more than anything else in the world. And, though I had seen the film on multiple occasions, it had been a long time since I’d seen it on the big screen as it was intended. And, with all due respect to advancements in cell phones, movies are meant to be seen in a theater. So, whenever I get a chance to see a film on the big screen rather than via a streaming service, I hop in the car and find my way to the box office.

This particular screening was courtesy of the American Cinematheque, a film appreciation organization which I am a member of. In addition to the most famous “bunny in jeopardy” film, Fatal Attraction, the night would also be a doubleheader, with another of Lyne’s blockbusters, “Flashdance.” Even more intriguing, Adrian Lyne himself would be there for a live Q&A between films to talk about his process and shed light behind the scenes. There were a lot of memorable moments from the night, but, for today’s article, I’ll highlight one.

It might not seem like a highlight to some. Others will know exactly what I’m referring to. As I took my place in the theater, exactly equidistant from front to back as well as side to side, following a brief introduction from the host, the lights began to dim. I always love this brief moment as it is, one, confirmation that the projectionist hasn’t been in the gin again and fallen asleep in the control room, and, two, an opportunity for a brief moment of quiet anticipation before the story starts to unfold. Once the house lights fell asleep, the only illumination in the room was coming from the opening Paramount Pictures title card.

It was immediately evident from this opening frame that this particular print had seen better days. For those of the age where you only know a world of perfectly clean digital projection and your only interaction with dust and scratches in film is as an effect you apply in DaVinci Resolve, just know that those effects are meant to harken back to what used to be the norm. After hundreds of trips through various movie projectors over several years, a traditional movie print will understandably begin to show its wear and tear. Studios regularly strike new prints or make an effort to revive old ones. But, in the case of this print, I have serious questions about whether it might have been one of the original soldiers sent into battle in 1987.

Scratches aside, it wasn’t so much the look of the film that stood out to me, it was the sound of it. Not the sound design of the movie, but the literal sound of the film itself. As you probably know, film prints arrive at theatres on massive physical reels which are then loaded up and run through a physical projector at 24 frames per second. There’s a projectionist there to watch the film from the booth and change the reels at just the right time to keep the movie playing back uninterrupted. Unlike a digital cinema print, which is the norm today and is essentially a data file that projects a video image onto the screen, a film projector is a far more tactile experience. And with that process of physical film running through a projector comes a sound.

So, as I sat in the theatre and the film projector kicked into gear displaying the opening silent title cards of the film, my ears were filled with the sound of 35mm film whizzing around on its reel to create the images displayed on screen. It wasn’t overly loud. It’s just that hearing that sound so clearly over the silent credits suddenly reminded me of how that sound had largely disappeared from modern movie going. I realized I missed it. Something about hearing it brought me back to the thousands of other films I’d seen in theatres over the years and the subconscious physical sensation I get from a trip to the movies.

We talk a lot these days about technology. We argue about megapixels and resolution. We put the same effort into defending our own chosen camera brands as we do into defending our countries in times of war. We can go 12 rounds about some pretty petty things and find it far too easy to equate technology with artistic expression. But, the thing about creating art, whether you are a photographer, a filmmaker, or a painter, is that being an artist is about more than the final product. It’s about the process of creating. The nuts and bolts. The sounds and rhythms of being in the moment as much as the final moment of seeing your work spread wide across your digital screen.

When I think about photography, I obviously concern myself with getting the perfect (for me) image. But, I also love the feeling of flicking the on and off switch on my Nikon in anticipation of a shoot. One of the things I miss most after the transition to mirrorless is the loud clap of my DSLR shutter whenever I snapped a frame. Sure, you could hear it 10 blocks away, but something about that loud shutter clap provided me with some sort of primal emotional release. Prior to mirrorless, when switching from film to digital, the biggest joy that went missing was my film advance lever. With digital, you just take frame after frame. With my old manual 35mm Canonflex, I had to manually advance the film after every shot. It’s not at all as efficient as simply having the camera automatically prime itself for the next frame. But, there was something subliminally satisfying about manually putting an end to the previous frame and fully completing that creative thought.

Not that this is meant as a disparagement of new technology. All the newfangled digital instruments we get to play with in the modern age come with their own set of charms. And, no matter what set of toys you are playing with, they will come with their own set of quirks which, at the time, you might find annoying, but, in retrospect, you are likely to look back on with fond memories.

Part of the joy of being an artist is the sheer sensorial joy of creating. The sound of a pencil gliding over a blank page. The sound of the clapper board as the second slates the next shot. And even the sound of an old school film projector warming into action before the opening credits start to roll.

How to Run a Remote Photoshoot

How to Run a Remote Photoshoot

4 Reasons Why the Autofocus of Your Camera Is Failing

How To Get a Photo Pass for Concerts