The Two Most Important Traits of a Landscape Photographer 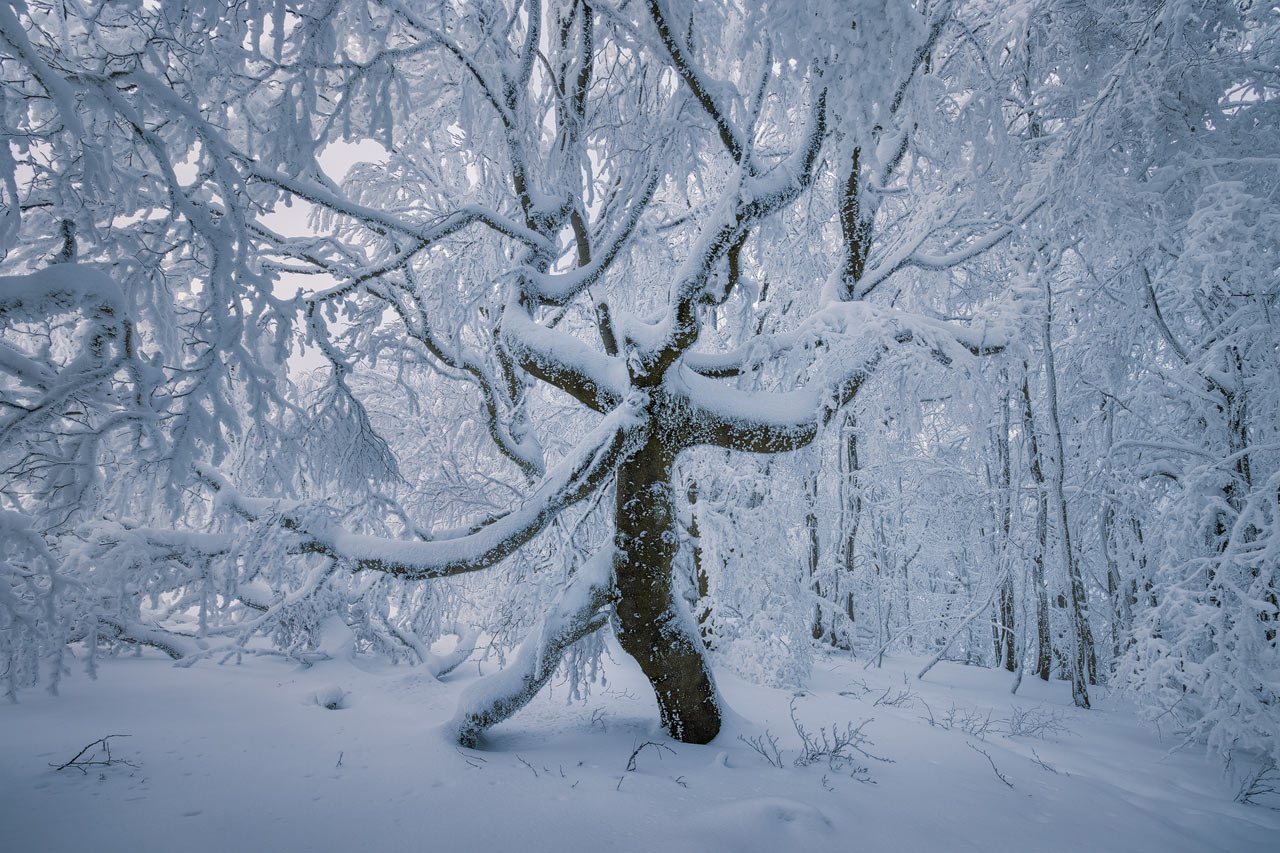 This article is about two traits you need as a landscape photographer if you want to take photos that stand out. And I’m not talking about a good eye for composition, love for the outdoors, or an adequate fitness level to reach the photo locations you want to photograph. Those are also important. But there are two key characteristics you need as a foundation.

Let’s look at a photo I took during autumn last year. It’s one of my favorite woodland photos, as it shows a unique tree surrounded by soft mist and perfect fall colors. The icing on the cake is the light that shines through the fog in the distance. Experiencing this fleeting moment that lasted no more than two minutes was one of my photographic highlights of the last year.

The question now is: what two traits allowed me to take this photo? The story begins in 2018 when I saw the first photo of this tree, captured by another photographer. This photographer lives in the area where I grew up, which gave me a first idea of where this tree might be located. So, from then on, whenever I visited my parents, I also went into the woods searching for it. In addition, I continued looking for clues about where it might be whenever I saw more photos of it. I’m usually not a person who asks for locations. It’s much more fun to discover them on my own.

And in the fall of 2019, the time had finally come. I was exploring a beautiful, gnarly beech forest, and suddenly, there it was, the tree that looks like an Ent surrounded by fog, what a beauty. But the leaves had already fallen, and despite the beautiful subject, I couldn’t take an outstanding photo. Don’t get me wrong: I liked the result I got. The gloomy atmosphere of the morning fit the subject nicely, resulting in a moody photo.

But having now seen this tree, I knew I could do better. There were more angles to explore, and I certainly wanted to see it in different seasons and weather to identify which colors and light would fit it best. Over the next two years, I returned again and again. But, I never got the conditions I was looking for, so most of the time, I didn’t even photograph this tree and instead focused on other subjects.

In winter 2020, I again gave it a try. Some thick snowfall had created a scene out of a fairy tale, and I think I got a good result. But as I was standing in the freezing cold a couple of hours in the morning and then again in the evening, desperately hoping for the sun to break through the clouds, I already knew that this still wasn’t what I wanted.

As spring rolled around, I did a few more forays into this forest, but I wasn’t lucky with fog. So those trips were mainly dedicated to further exploration and less to photography. Then, in autumn of 2021, just a few days after I had quit my job as a software engineer to start full-time traveling and photography, I visited the Ent one more time.

The fall colors were perfect, with just the right amount of orange leaves still on the tree. There was also fog again. Now the only ingredient missing was directional light. I went to the tree, positioned myself, fine-tuned my composition, and waited. After 90 minutes, it suddenly got brighter as clouds and fog began to thin. Then, for less than two minutes, the sun lit up the forest. It was as if somebody had placed a huge softbox in front of the sun, which gave the light an ethereal quality. I finally captured the photo that I had been trying to take for two years – the one I show at the beginning of this article.

Now, what are the two traits that helped me get the shot? The first trait is persistence. It must have been between 15 and 20 times that I returned to this forest since I first discovered it. Returning to a photo location and being persistent until you get the envisioned result is essential if you want to capture a special photo. The same is true for the second trait, which is patience. Without it, I would not have stood there in the rain for 90 minutes, waiting for the light that might never have made it through the clouds. I had already waited for it in vain during many previous visits.

But patience goes further. Often, I have to be patient for years until I can capture a photo. During my first trip to New Zealand, I went to Tongariro National Park. My plan was to photograph the lower Tama Lake with Mount Ruapehu in the background. But during the days we had in the area, the weather was so bad that I couldn’t even see the mountains around me. As we continued our travels, I planned to return one day, then with more time and flexibility, to be able to plan my visit based on the weather forecast. With New Zealand being on the other side of the world, it was certainly not a place I would be able to return to very soon. So, I patiently waited and saved the money required for a return trip. Several years later, during my travels around the world in 2016, I could finally visit Tongariro National Park a second time. And on this occasion, I got the conditions I was hoping to find.

Now, I’m aware that the example with the photo from New Zealand might be a bit extreme. In addition to patience and time, there were also high expenses involved. I’m glad I got a second chance, but I also know that I might not always be able to return to a photo location. But, for me, it’s also ok not to get the shot from time to time. The successes feel much sweeter then.

At the end of the feature video about patience, I show some more images where I had to wait a long time until I could capture them. If you also have such photos in your portfolio, feel free to share them with a little story in the comments below.