Understanding Yourself Can Help You Make Better Photography Buying Decisions 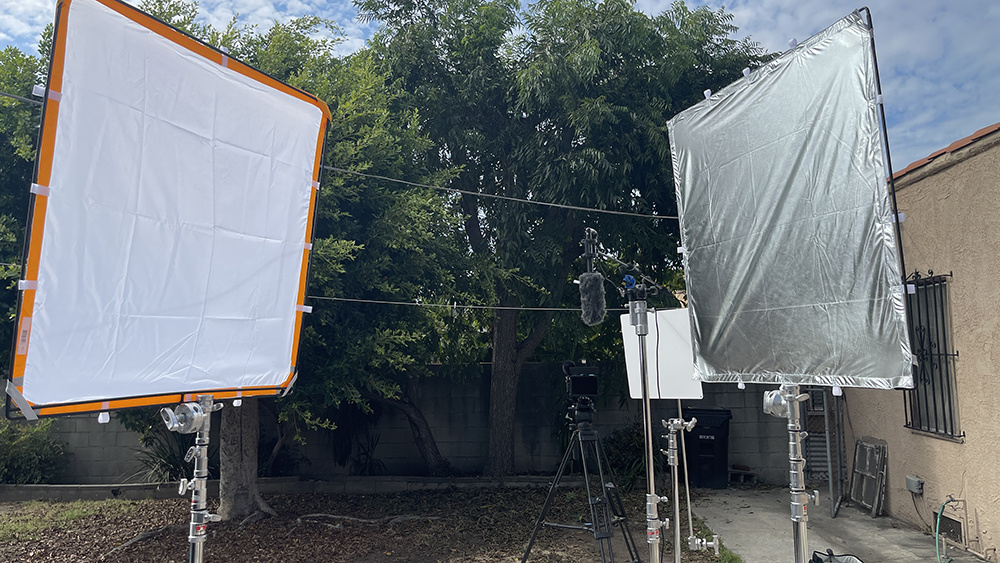 The other day, I came to a realization. I officially had all my bases covered. When it came to photography and video gear, I could, with a straight face, profess to have at least one tool to do every aspect of my job. Of course, this realization came on the tail-end of one of those long weekends where my lack of impulse control got the better of me and I found myself pressing down on the order button on B&H on multiple occasions. I should probably go ahead and just bake the FedEx guy a plate of cookies, as he and I will be spending a great deal of time together over the next week.

I can’t say I’m totally proud of myself. After multiple years of out-of-control spending, I’ve done a much better job this year of keeping things under control. A couple reasons for that. One, since getting the Nikon Z9, I can finally stop obsessing over every new camera that arrives on the market. These last few years of trying to decide when or even if to switch to mirrorless has led me to make more than one disappointing camera purchase in an effort to up my hybrid stills/video game. Many a camera has come and gone that had started strong out of the gate only to prove lacking in one way or another. After nearly a year with the Z9, it’s clear that this is the only camera I’ll need for at least the next couple of years. After securing a backup Z9 earlier this year, I can say that, when it comes to camera bodies, I’m set. So, my gear allowance has been freed up to address other areas.

The second reason my spending has improved this year is that I set a very specific budget and created a spreadsheet which helps hold me accountable for every dollar I’ve spent. No more random purchases that I forgot that I made. Now, everything is listed clearly and the countdown counter on my budget lets me know when I’m close to my annual limit.

Of course, this doesn’t mean that I haven’t spent money. But the usefulness of my purchases has increased dramatically. Far less money spent on cameras, which will be out of date within 2-3 years. Far more money spent on less sexy but more practical items like lights, stands, grip equipment, camera support, and so on, which will last decades. The type of stuff that doesn’t get the headlines, but, in truth, is far more essential to getting the final image than having the latest and greatest camera body.

So, that’s what led me to the conclusion the other day that I had officially rounded out my roster. In virtually every category needed for the type of work that I do, I had a capable starter. Stills camera, motion camera, still strobes, small flashes, constant fresnel lights, constant LED panels, small LEDs, portable LEDs. Flags, scrims, and silks in 8×8, 6×6, 4×4, and smaller orientations. Reflector panels. Big stands, small stands, rolling stands, crank stands. You get the picture. The only areas that might still need an update would be to replace my F mount 70-200mm with the Z mount version. And, as someone who spends over half of their work life as a director and cinematographer, one would think that I would own my own cinema camera. But, as the projects I shoot grow, it’s becoming clear that the cinema cameras I would want to own are the type of cameras it makes the most business sense to rent. Unless, of course, you win the lottery. The Z9 video capabilities are more than enough for any smaller film project, personal film projects, or client work where an Arri Alexa isn’t in the budget. So, for now, I’m content owning everything needed to make my film projects except the cinema camera itself, which I can rent on a project by project basis.

So, with all the tools needed to make virtually any film or still idea I have in mind into a reality, why do I still have to fight the urge to spend even more?

There are practical reasons for sure. The more things you shoot, the more blind spots you identify. How many times have you made a purchase directly following a shoot because you realized that you needed a particular piece of kit to solve a specific problem? Not all purchases are impulse buys. And one does need to spend some time to accomplish a specific goal.

Personally, I think my own tendency to occasionally overspend comes down to two factors. One, I have a touch of OCD, which makes it difficult for me to get my mind off of something once the bee is in my bonnet. Once my mind identifies an issue, for example, if it is taking too long for me to execute a particular task, my brain won’t rest until the problem is addressed and eradicated. Even if it’s not an urgent problem and could easily be put off until later, I have trouble letting things go. I have to fix the problem now or I won’t be able to move my brain to anything else. This is not a compliment. But it is how my brain functions.

The other factor is also part of my personality, but I suspect it is shared by many of you who might be reading this article. If I were to look back at my spending in recent years, I would notice that most of it tends to take place during two times: when I’m exceedingly happy or when I’m depressed. Not necessarily a dramatic call for help level of depression. But the slow, simmering kind that happens in the background when everything seems fine on the surface, yet you still want more. I tend to do two things when I hit that frame of mind. Eat too much or buy too much.

I don’t mean this article to be a therapy session. I’m well aware of these traits in myself and have been for as long as I can remember. But, what makes them relevant to the discussion of controlling spending is that I think that pattern holds a key to why many of us obsess over gear, even if it’s to our financial detriment.

Aside from the literal functionality of the gear we are purchasing, the act of buying things gives us a rush. The dopamine hit is unmistakable. Think about the joy you get when your new gear arrives and you get to carefully pry open the box. Think about the rush of possibility that you feel when you spend weeks researching a piece of kit then finally make the purchase. Buying gear is and should be a business decision. But, we’d be fooling ourselves to deny there is a small bit of adrenaline that kicks it with every new acquisition. It’s just human nature. It’s the same impulse we had as kids seeing presents under a Christmas tree or going shopping at the mall for a new pair of threads. Getting new things feels good.

The difference, of course, is that photography is a rather expensive pursuit. I also have a problem when it comes to buying shoes. I’ve never met a shoe sale I didn’t like. But impulse buying multiple pairs of Converse leaves a decidedly smaller dent in my financial standing than buying multiple cameras. Both may provide a similar short-term stimulus to my dopamine levels. But indulging in one runs the risk of overloading my shoe rack, while the other runs the risk of putting me out of business.

I use myself and my own motivations for spending in this article simply as an example. After all, my perspective is the only perspective I can share with 100% accuracy. I am constantly interrogating my own decisions and the root of those decisions because that knowledge can help me to be a smarter consumer. To know when I’m making a purchase based on a want instead of a need. To help set a specific spending plan that helps me keep some of my baser instincts under control while still allowing me to acquire the tools necessary for me to create the art that truly gives my life meaning.

But, of course, in order to keep making that art, I need to keep a close eye on both what I’m spending my money on and why I’m spending it. I’ve mentioned some of my non-practical reasons for spending in this essay. But that’s just me. What are some of the not strictly business driven reasons you find yourself spending money on gear? How do you keep yourself under control?